May 5th is recognized as Red Dress Day - in memory of the National Day of Awareness of Missing and Murdered Indigenous Peoples. In 2014, Métis artist Jaime Black launched The REDress Project by collecting and hanging 600 red dresses to represent the hundreds of Aboriginal women and girls whose lives have been stolen. Staff and students at Harry Collinge High School (HCHS) in Hinton wore red and held meaningful discussions about the disproportionately high rates of missing and murdered Indigenous women and girls, and two-spirited men in Canada. Students were dismayed to learn about the statistics. In Canada, Indigenous women and girls are 12 times more likely to be murdered or missing than any other women in Canada. According to Statistics Canada, between 2001 and 2015, homicide rates for Indigenous women were nearly six times higher than for non-Indigenous women. In Canada, statistics show unequivocally that Aboriginal women and girls are more often victims of murder and disappearance.

In 2019, a National Report was published in their memory:  Reclaiming Power and Place: The Final Report of the National Inquiry into Missing and Murdered Indigenous Women and Girls

The beautiful artwork was displayed courtesy of Ms. Matthews and her students, Mme Bauer, and a little after-school helper. 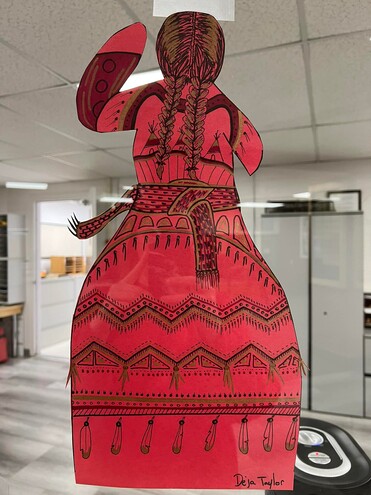 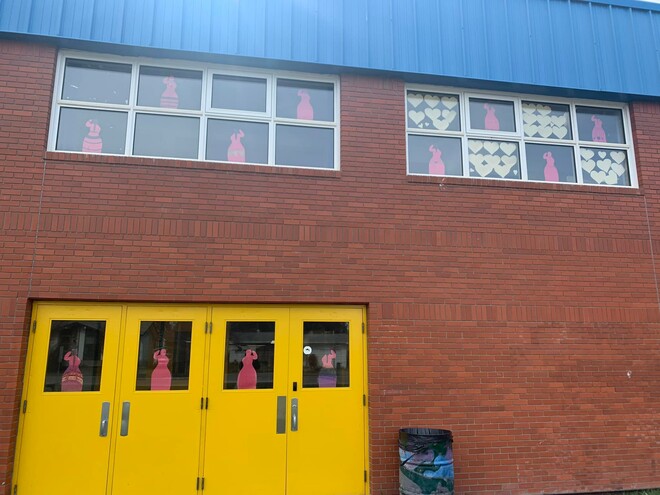 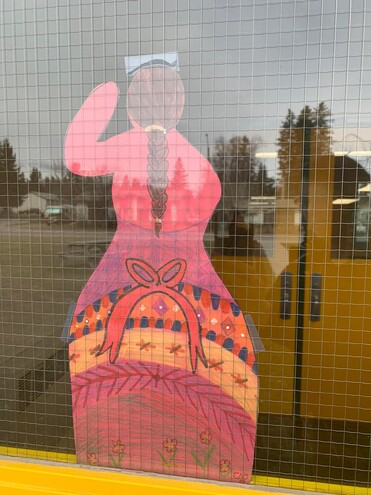 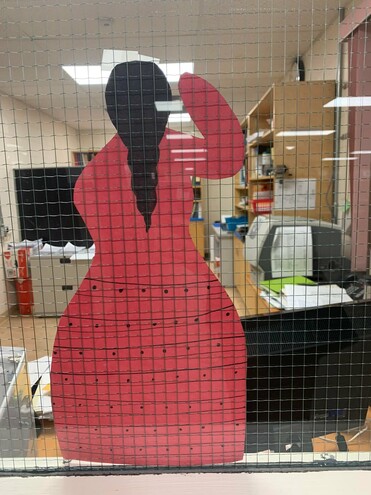 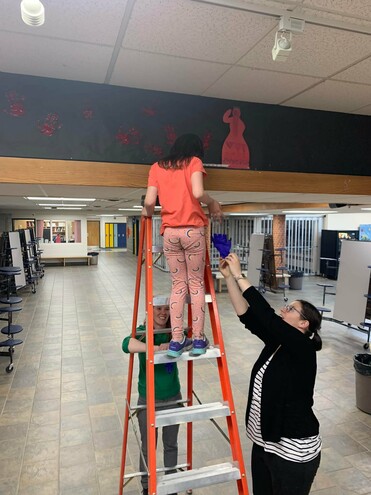 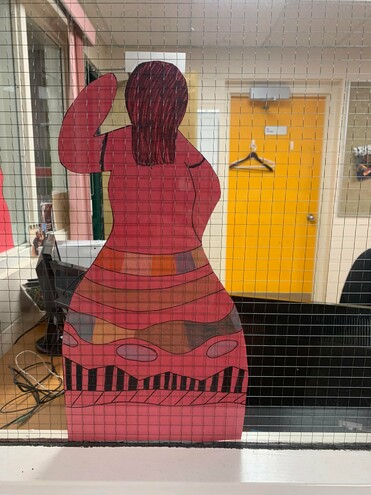 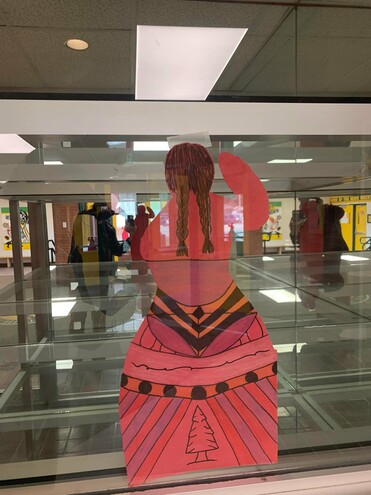 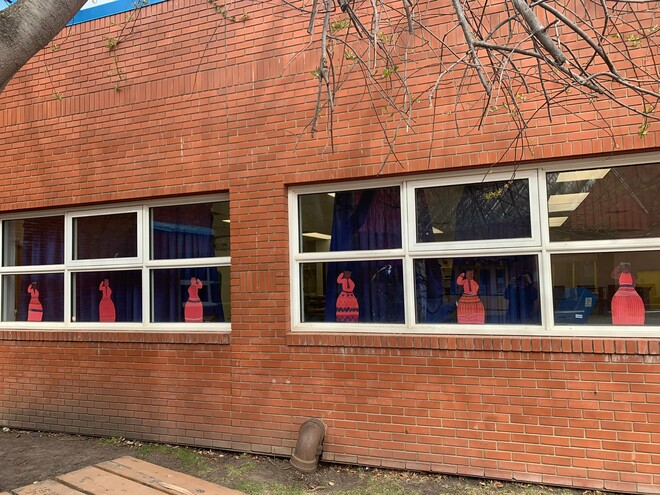 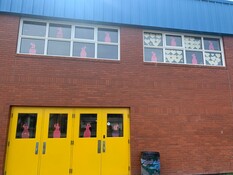 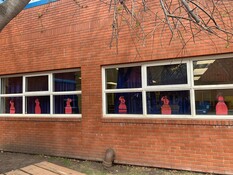